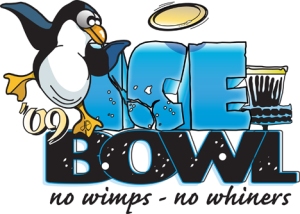 The ironically named (for Houston) Ice Bowl Saturday was warmer than the evening’s scouts shooting gig, although a front passing through did dip the temps 10 degrees (from 71 to 61) along with a short shower. The Mister and the boys played in this 18-hole disc golf tournament that benefitted the Houston Food Bank, one of my favorite causes. I tagged along to click some pix and take some video for the blog.

#2 son is the best player among the three (disc golf is his passion), so he, of course, posted the best score, followed by his Pops. But #1 son in only his second tournament did really well and only whined when he wanted the drink that he had left in the car. I went to get it, and, of course, missed #2 son’s drive that landed a few feet from the basket on the first hole, which eventually won him his first-ever CTP (closest to the pin) prize of a natty Ice Bowl knit beanie (he loves those).

I only took a few pix before the rain came. But I got some pretty good video with the Flip Mino. I really like this little camcorder; it’s so handy and easy to carry. I haven’t tried making a movie using the Flip’s software yet because I’m used to iMovie, but it looks pretty straightforward. The music, by the way, is part of iMovie. It’s easy to use and handy but almost impossible to tweak by a couple seconds, which is why it sounds a little short. One of these days I’d like #1 son to teach me how to compose in GarageBand, so I can be more exact with the music. That’s a way-in-the-future get ’er done!

In our quest for healthier eating while watching “The Biggest Loser” (an hour tonight and tomorrow, for a change, because of the presidential address), I’m going to try something new for the guys: Flavor Magic Portion Control Sheets. Basically, they are easy seasoning sheets that marinate meat and fish in one simple step. I’ve never gotten the hang of seasoning food, so I’m taking the easy way out. I’m going to use the dijon honey mustard sheets with boneless, skinless chicken breasts tonight and will have my human taste testers report back.

Meanwhile, I’m going to try a new vegan recipe: Red pepper and spinach hashed browns that I saw on Jenn’s Hello Veggie blog. As you may recall, this is where I found the marinara squash recipe; I’m hoping that this attempt will turn out better.

Even though I’m not much of an experimenter when it comes to cooking (which usually is an experiment for me anyway), I have a box of Mori-Nu Extra Firm Silken Tofu that needs to be used this week that I might add to the recipe. Or I just might wait until Wednesday or Thursday to use it. Wow, two new recipes for me in one week?!? Did anyone else feel the earth shift on its axis?!?

I’m still working on the scout photos, of course. Those are top priority today. I also need to call Applecare to see why GarageBand 09 won’t play most of #1 son’s GB 08 songs. If I have a chance, I might Ten-Minute Task a certain family room chair that still isn’t done.