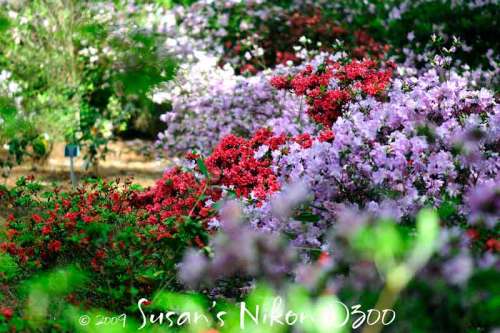 When I was researching Stephen F. Austin State University for our recent college visit, I read about something that I knew we would see no matter what: the Ruby M. Mize Azalea Garden. As regular readers know, I love azaleas. Most of them only bloom in March here in south Texas, and they put on the most-colorful floral show that has to be seen to be appreciated. The second-best option? Why photos, of course! The #1 son (reluctantly) and I visited the garden after we toured the campus. It was amazing! 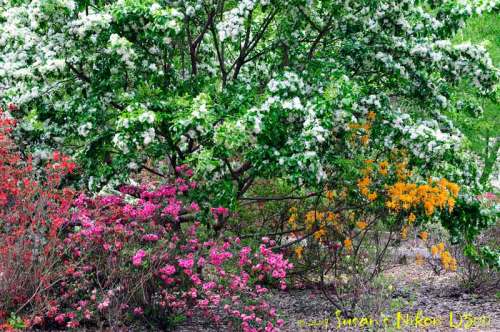 The #1 son didn’t want to get out of the car to experience all this beauty with me. He hates bees and was afraid we’d run into lots of them. I told him the minute he spotted a bee that he could leave. He put up with walking the grounds with me for about 10 minutes before he said, “There’s a bee!” I looked, and this is what I saw: 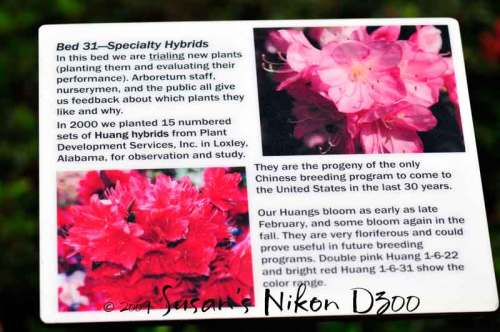 One of the many informational signs in the garden

That’s right, he was pointing to the letter “B” on the sign. “You didn’t specify what kind of ‘b,'” he said. Think this kid should consider law school like his uncle, the big-shot Chicago lawyer? He returned to the car to read a book and listen to his iPod Touch, and I stayed to snap more shots. It was like heaven for flower lovers! I saw rhododendrons among the azalea bushes and learned that azaleas are in the rhododendron genus. And now I know how hard it is to type “rhododendron!” 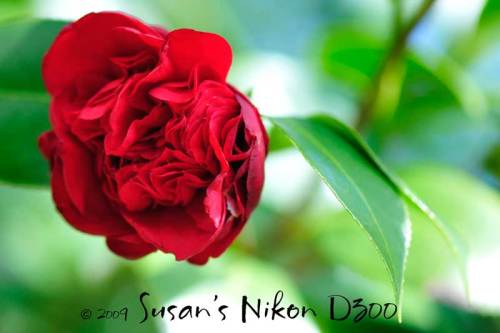 Most of the photos were taken with Nikon’s wonderful 105mm macro lens, which is great for both close-ups and portraits. Here’s a photo tip: Flowers are a great subject for practicing “bokeh,” which basically is blurring the background while keeping the main subject in focus. Using whatever lens you have handy, shoot aperture priority and open the aperture wide (put it on the smallest number), place the focus point on what you’d like to have in focus, and click. The effect is most-prominent when you have a lens that’s at least f/2.8, like the 105mm. 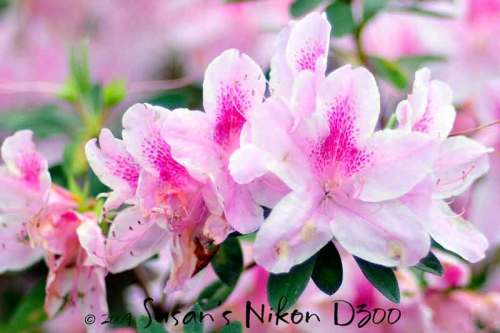 After awhile, I switched to the Nikon 50mm lens to get a wider view, all the while wishing I had a true wide-angle lens with me (my Nikon 17-55mm lens would’ve worked great, but I didn’t bring it because I wanted to travel light). 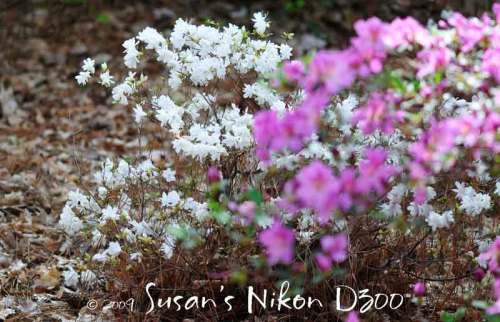 Did you know that there are yellow azaleas (they look more orange, though)? These are called “golden azaleas.” 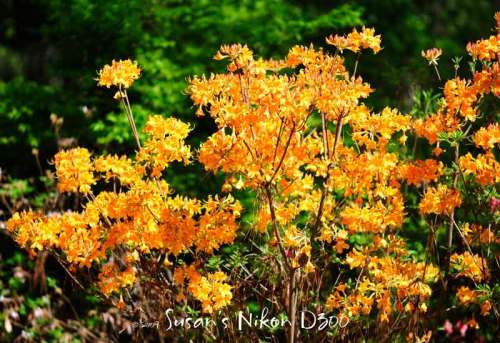 All in all, the eight-acre Mize Azalea Garden made the trip extra-special for me. I’m glad #1 and I traveled to Nacogdoches when the azaleas were at their most brilliant. It made for a wonderful photo memory. Plus I’ll be sure to “be” more specific with #1 when we’re looking out for those pesky buzzers! 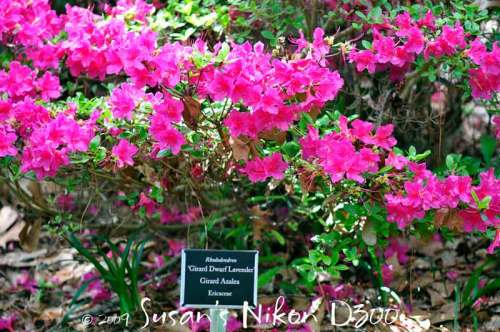