Getting Better at Awards Photography 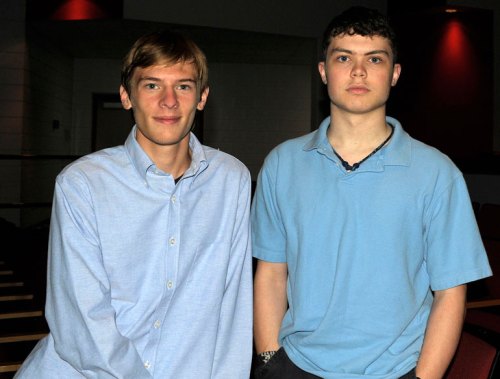 Last night when I walked into our high school’s auditorium where my #1 son was going to receive his school letter for academic excellence, I couldn’t help but sigh. This was, after all, the scene of some very bad (some might opine atrocious) award-receiving photography just last May. The photo flashbacks playing in my brain were scary.

I’ve done somewhat better shooting photos of our school’s dance team’s spring show and this fall’s school play in this same venue, so I decided to try to take a lesson from those photo shoots in an effort to improve. After looking at the results, I definitely can say I’ve moved right up to not half bad. And it’s all because of the uneven lighting on the stage. 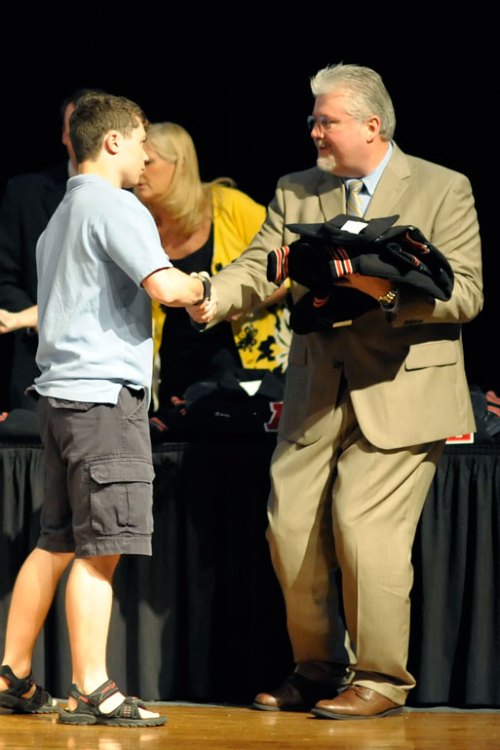 #1 does a great job looking the guy about to hand him his jacket right in the eye.

I opted to go with natural lighting, not trusting my external flash to throw enough illumination onto the stage to properly light my subjects. My Nikon D700 does a great job at high ISOs (I was at ISO 4000), enabling me to have a fast-enough shutter speed to not blur anyone. I used my Nikon 85mm f/1.4 lens to let in as much light as possible to help achieve that faster shutter speed.

A moment to allow eyes to deglaze. 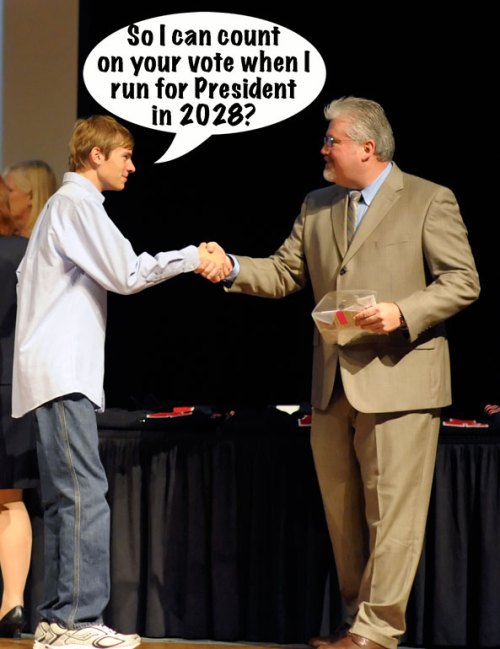 Chase seems to be glad-handing.

Some of the photos were better lit than others just by virtue of where the subjects were standing. This one really makes me laugh, because Chase seems to look so sincere shaking the guy’s hand. I love how he threw on the long-sleeved shirt so it would look like he was dressed up!

Sidebar: As we walked into the school, I asked Chase if he wanted me to yell when they announced his name or be quiet. He, of course, preferred me to zip it (not that he used those words). So I, of course, cheered. Hey, I’m proud of him and my #1 son, and I want everyone to know it!

Sidebar II: If you look at the link for the May awards ceremony, you’ll notice that #1 is wearing almost exactly the same clothes as he wore last night. Must be his favorite award-receiving ensemble! 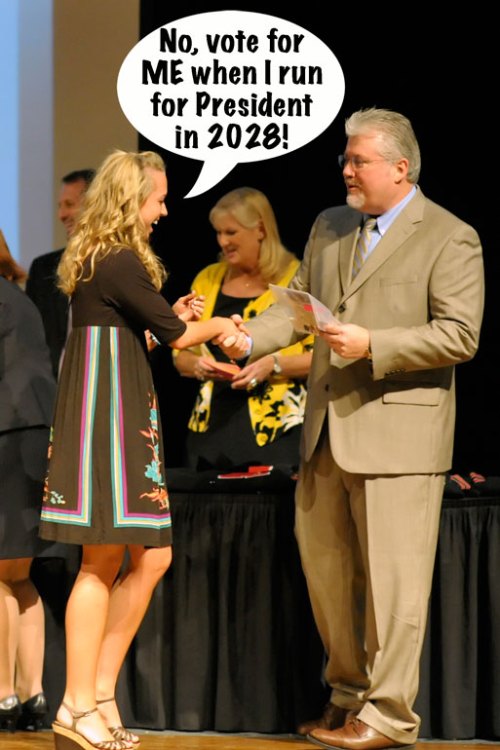 It's Kelsey's turn to glad-hand!

Do all these kids have political aspirations? Actually, it wouldn’t surprise me one bit if Kelsey, who is my friend Betsy’s pride and joy, actually does run for president of the United States! She’s a very motivated gal. 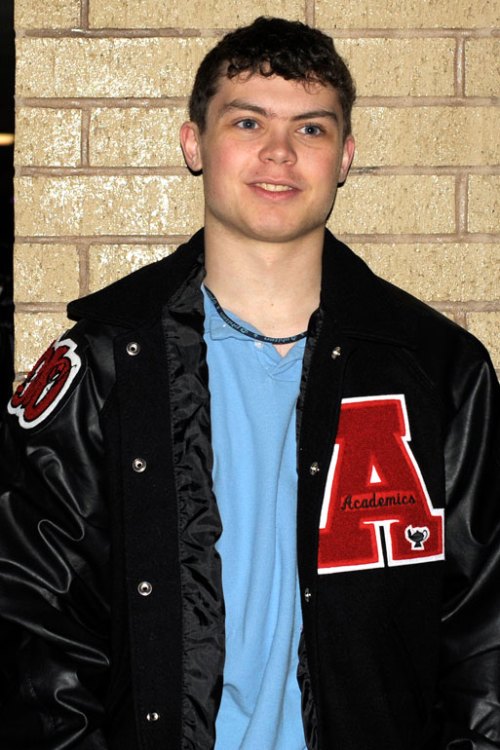 I just had to have #1 model his new jacket for me, even though he hates wearing coats and never seems to be cold. Could be the reason why I made sure it was also my size! After all, who was the one who pushed #1 to get those straight A’s last year that resulted in the academic letter? I feel we should share the honor!

I have a funny feeling that I’m going to wear the letter jacket way more than #1 will. Everyone will think I’m really smart!