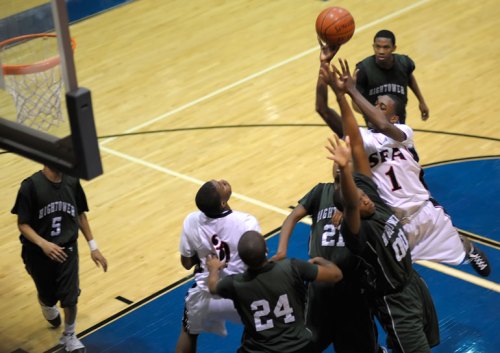 Ryan leans in for a shot.

The main reason I bought the Nikon D700 was for indoor sports photography. The D700 has a well-deserved (so I’ve found) reputation for being a low-light (nonflash) champ. That capability is important when the ISOs are high, and the court action is fast and furious.

I put the D700 and its low-light action-shooting companion, the Nikon 85mm f/1.4 lens, to the test at two basketball games last week—our high school’s boys’ and girls’ varsity teams both played at the same indoor facility where I shot these volleyball pix (with my Nikon D300 and the 85mm). 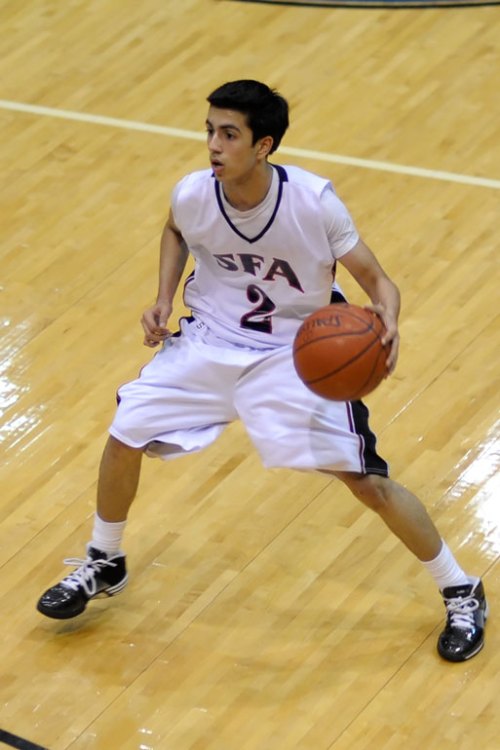 Mike is ready to make his move.

What’s great about this facility is that there’s a walkway above the court that brings the play at the basket right below you up close and personal. 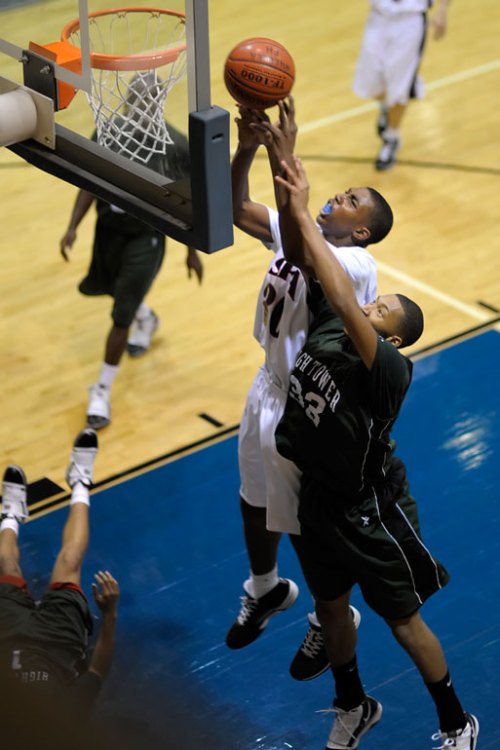 Richard takes the ball to the basket. 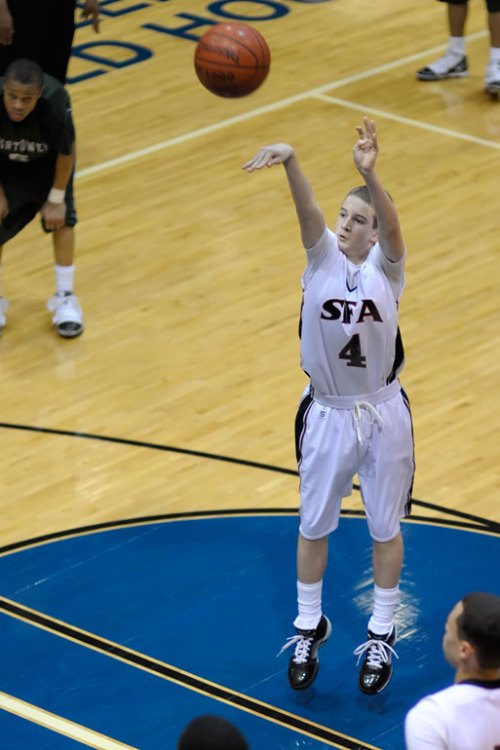 And there was plenty of action to shoot! 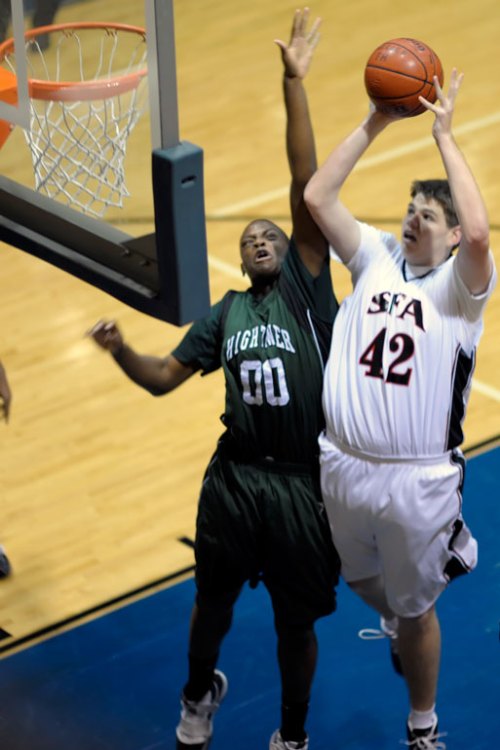 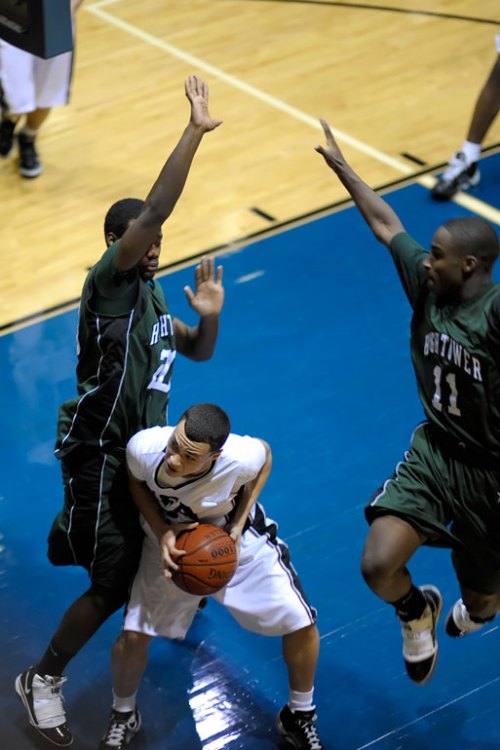 Mehdi looks for room under the basket. 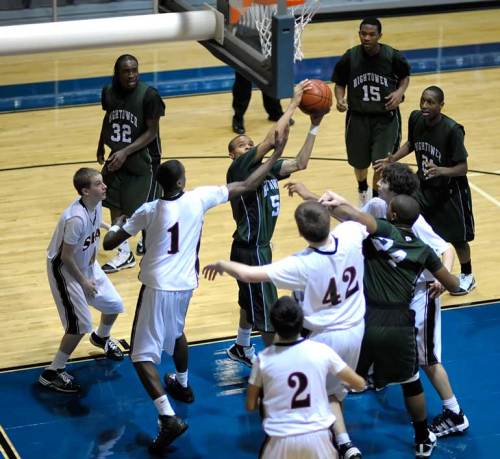 Our defense surrounds the shooter under the basket.

I mostly shot from one end of the court up above. 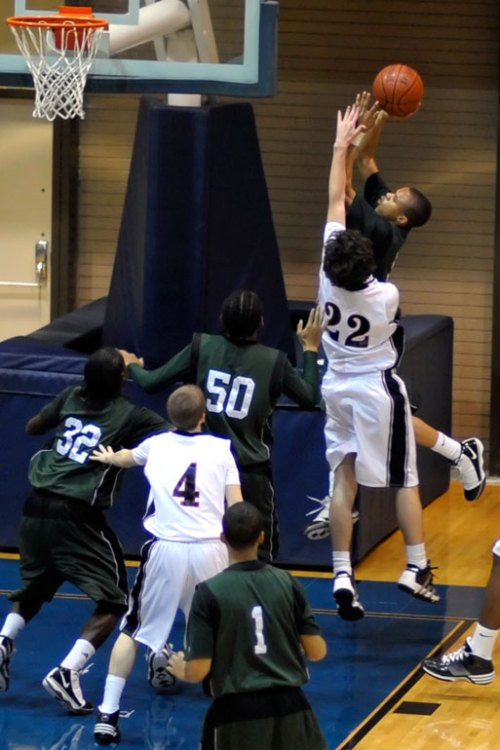 Ry tries to block the shot.

But the 85mm also did a fine job when the action was at the opposite basket. Thanks to some judicious cropping, I snagged some good close-ups at both ends. 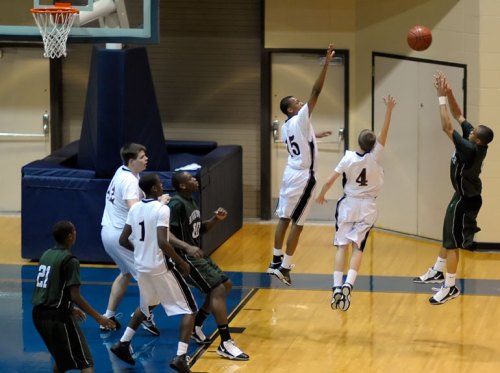 I even moved into the stands near the end of the game to get a photo of the coach’s huddle. 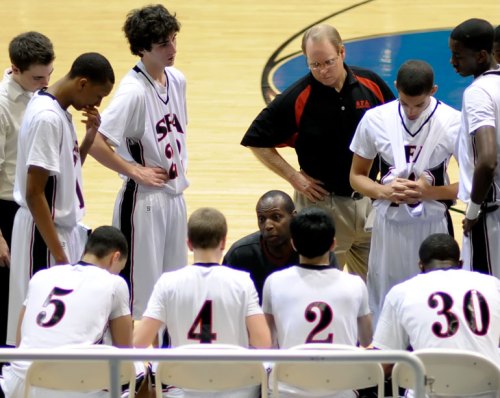 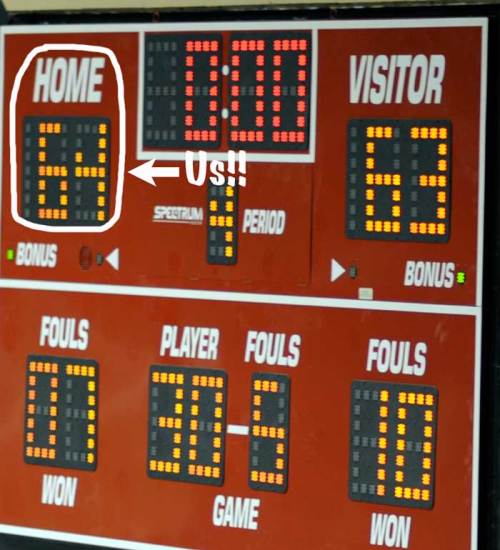 And so did our team!

2 responses to “Basketball Jones, Part I”