Sunday morning when I took my usual long walk through our neighboring community I decided to change things up. Instead of trying to speed through three or four miles, I opted for a more-casual pace with a photographic spin. But which camera to use?

Knowing my heavy sweat factor (it’s beastly hot here in the Houston area) plus figuring that the sprinklers would be on, I chose my Olympus Stylus Tough 6000 point-and-shoot camera. The photo quality is nowhere near that of my digital SLRs; however, it is waterproof. 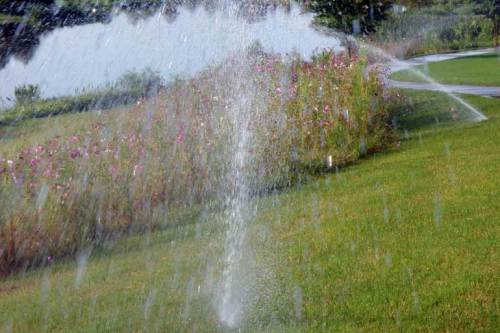 The sprinklers water flowers near the lake.

Which came in very handy that morning.

The water seems to hang in the air.

When you’ve got a camera like the Stylus Tough, you can’t help but seek out situations that it’s made for. Like water. In fact, it almost seemed to be drawn to moisture! 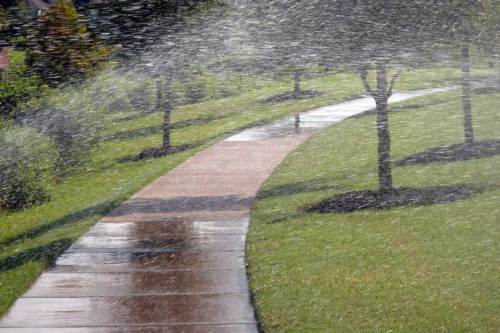 Which was a good thing, because a lot of sprinklers were on along the path. And, given my natural photographic curiosity, I wondered what it would be like to take pics while walking through those sprayers. 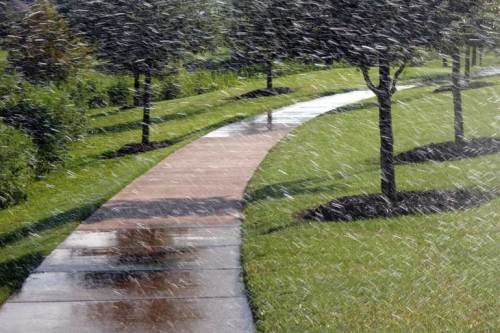 So that’s what I did! Some of the water flows were like a light shower, while others soaked me to the skin and left me gasping due to their sudden coldness. I’ve got to admit that I loved every minute of it!

Inside the sprinkler was like being in an impressionist painting.

This entry was posted in photography and tagged Olympus Stylus Tough 6000, photography, sprinkler. Bookmark the permalink.