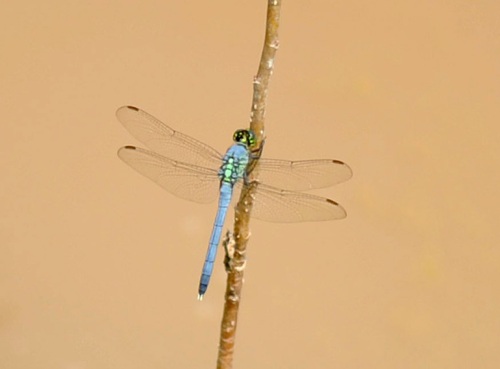 A blue dragonfly rests for awhile.

Remember that old, overgrown former golf course I wrote about last week? The one where nature mixes with disc golf? 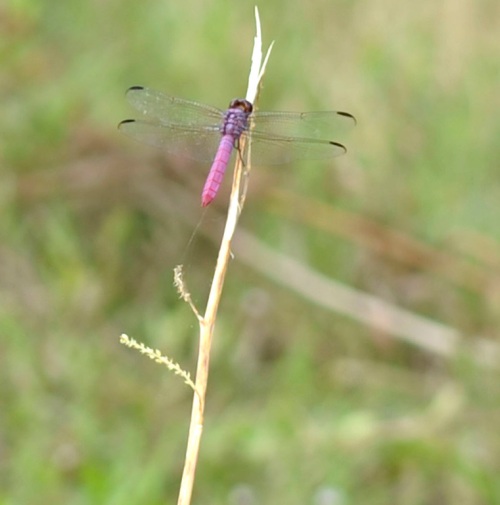 I returned there last Saturday for yet another disc golf tournament. And, once again, I concentrated more on flying nature than flying discs (although I did watch my head) with my Nikon 105mm macro lens. 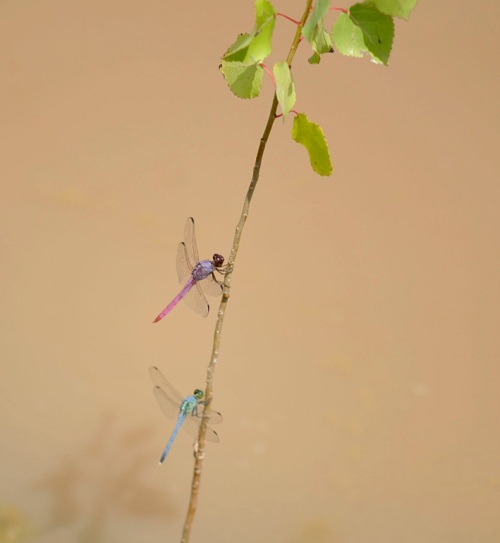 And this was my reward! I focused my photographic efforts around one of the few lakes that still contains water. With dragonflies buzzing all around, two 0f them—one red and the other blue—thoroughly entertained me by actually stopping to rest on the few plants growing out of the moisture. 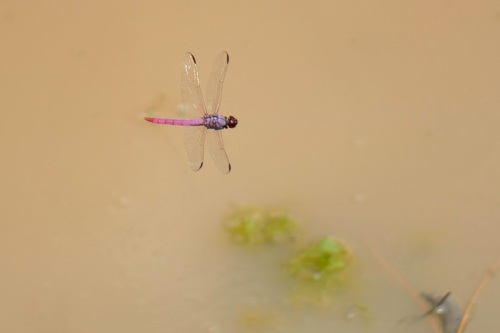 A red dragonfly sails through the air.

I even made the above lucky capture (first time I had snagged a d-fly airborne) my photo of the day! 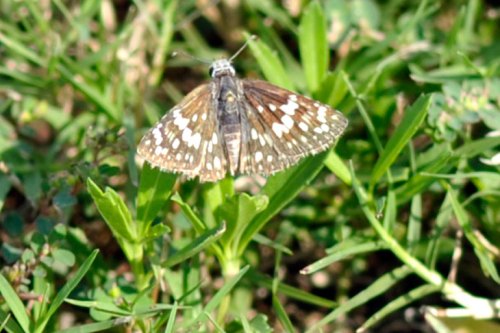 A skipper spreads its wings.

But the dragonflies weren’t the only low flyers having fun in the sunshine. 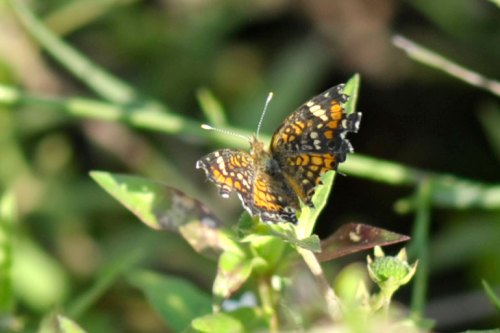 Delicate, little skippers danced and played in the grass. They don’t soar as high as butterflies, but they still seem to enjoy their low flights. 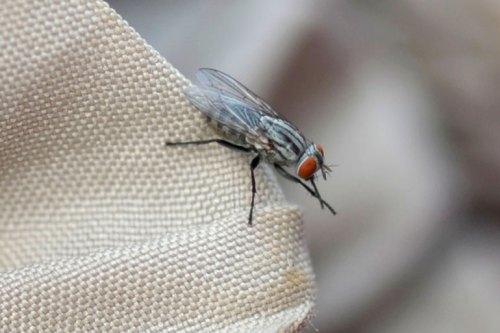 A fly perches on the Mister’s hat, which was in his golf cart.

Then there was this guy. Funny how he has “fly” in his name yet no one thinks he’s as cute as those with “dragon” added on. As we’re ooohing and aaahing over the graceful dragonflies, we’re swatting this pesky fella.

But he’s also a part of the low-flying acrobats I photographed close to the lake. I could’ve added a shot of a mosquito, too, but I was too busy trying to end their lives before they could bite me, successfully turning their low flying into no flying.