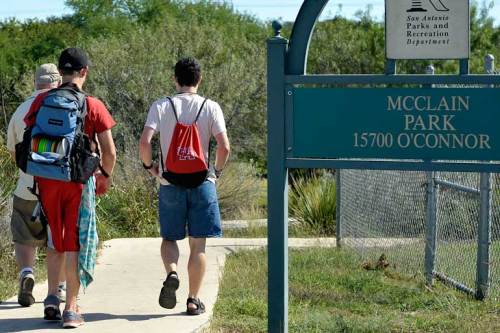 The guys enter McClain Park for our disc golf adventure.

When we go on a family outing, it often involves a park, baskets, and discs. Although we usually don’t travel three hours to get together so we can have this kind of fun.

The brothers exchange a low five at the start.

The Mister and our #2 son love to play disc golf. So when we made a short (Friday evening-Saturday afternoon) trek to San Antonio to visit our older son at the University of Texas campus there, we decided that the weather was too nice not to be outdoors having a good time. Even my #1 son would rather play disc golf than study! 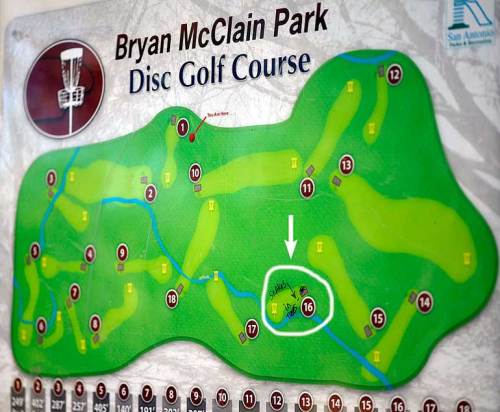 We headed for Bryan McClain Park. Not too far from the UTSA campus, the park was named in honor of a San Antonio native who perished in the 1999 Texas A&M bonfire tragedy. It was a tight course with lots of trees and some interesting basket placements. Like one that was raised.

My #2 son’s disc zeroes in on the basket across a creek.

And this one that was across a small creek. My younger son hit the basket with his drive for a near ace! 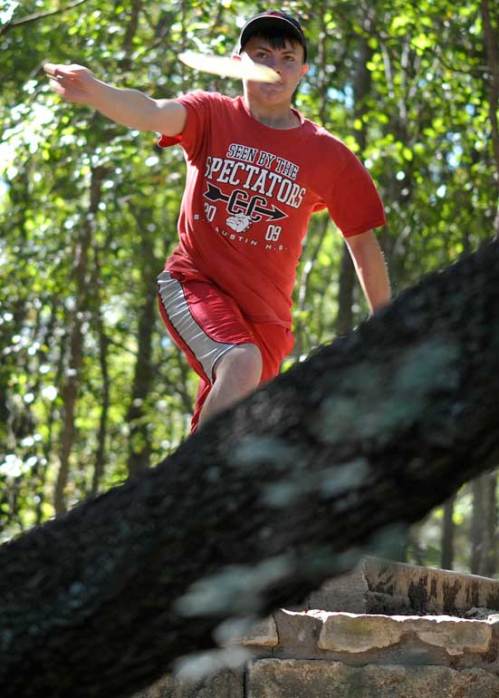 My younger son tees off.

I definitely was psyched when I saw this elevated tee box. It meant that I could shoot from below with my Nikon 105mm lens and put a new spin on my disc golf photography.

Until my older boy almost hit me with his disc! I don’t think I’ve ever ducked so fast. In case you’re wondering, I protected my camera equipment first, my head second.

#2 crosses the creek over a couple well-placed logs.

A winding creek impacted several of the holes, including crossing over it. Pretty but perilous.

My #1 son isn’t really into disc golf, but he played well enough to enjoy spending time with his family in a way that reminded him of home. 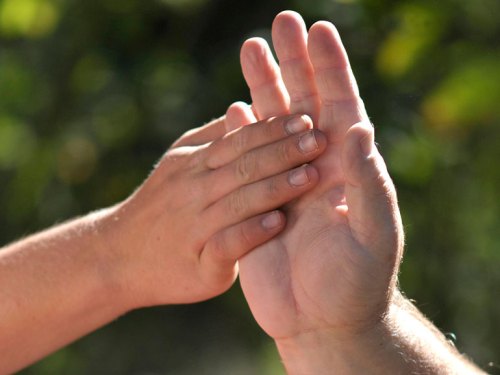 My #2 son high fives his Dad on the final hole they played.

The next family disc golf outing? Probably near our home in late November. I can’t wait!