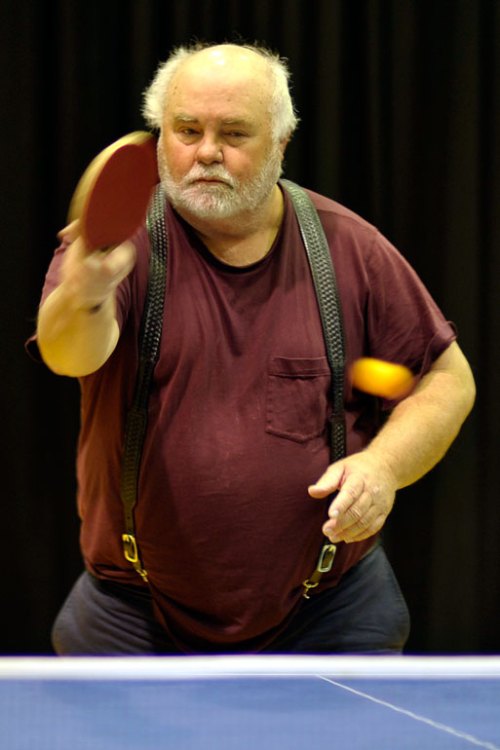 The Mister shows his muster.

As you well know, my younger son excels at disc golf.

And the Mister plays, too.

They both started learning the sport at the end of 2007. Since then they’ve both improved, of course. It’s just that our little guy got bigger and stronger, while his dad got, well, older. That’s not to say that they don’t enjoy competing in doubles or practicing together. It’s just that our #2 son plays a long, power game, while his shorter-distance-throwing father has to be craftier. Kind of sneak up on the basket. 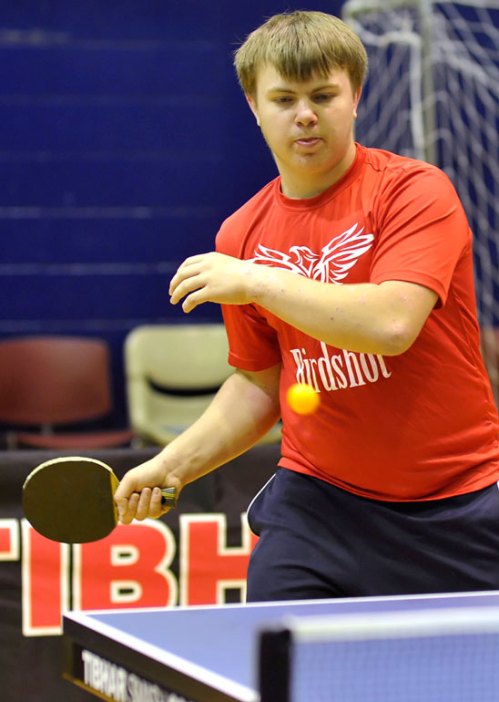 Keeping an eye on the ball

But now the tables literally have turned. Our little big guy suddenly has become obsessed with table tennis for some reason. 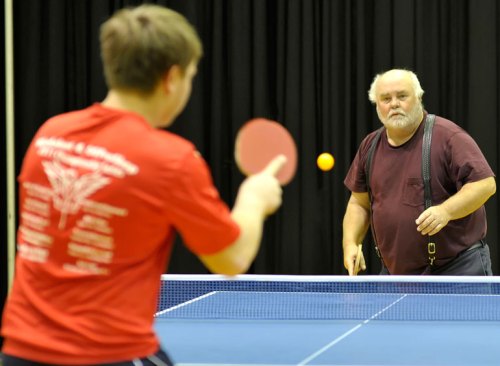 Guess who’s a prime ping pong player? Yep, the Mister! He started competing years ago, and his skills still are sharp enough to beat most recreational competitors, even though he’s rarely played or practiced. 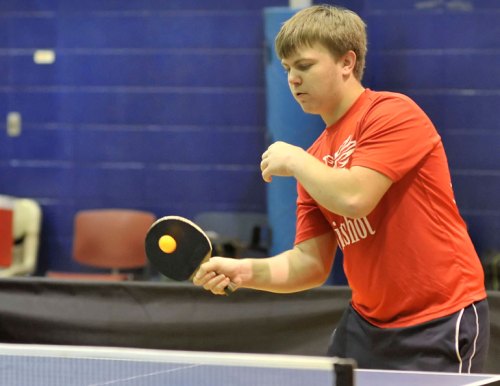 Returning a shot from Pops

Lately, father and son have been practicing ping pong at the Jewish Community Center in Houston. I tagged along last weekend to document the occasion and photographically battle the atrocious overhead lights that turned everything yellow (especially the top of the Mister’s bald head!).

It was my first time shooting table tennis (I opted for my Nikon D700 and Nikon 85mm lens), and I found it to be a difficult task.