Too Long of an Engagement

Tom and Violet are a happy couple . . . sometimes.

The Mister and I celebrated our 22nd wedding anniversary yesterday. We got married in 1990 after a one-year engagement, mainly because my biological clock was ticking like a time bomb (I was 36), and because I wanted to make sure my father, who was terminally ill, could be there (he died the next year).

Which makes it hard for me to understand why anyone needs a five-year engagement. But, apparently, co-writers Jason Segel and Nicholas Stoller thought the longer period of time the better when it comes to a romantic comedy.

They were, unfortunately, wrong. 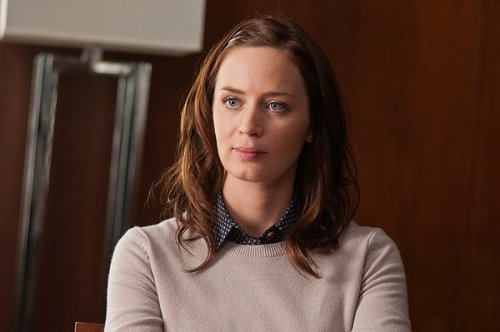 Still got that galmance for Emily Blunt.

Tom Solomon (Segel) proposes to his girlfriend of a year, Violet Barnes (Emily Blunt), on New Year’s Eve. Tom is a chef in San Francisco, while Violet is hoping to get psychology post-doctorate work at Cal-Berkeley. They start to plan their wedding . . . and then life happens. Twists and turns cause them to postpone their nuptials when Violet instead gets a two-year position at the University of Michigan. Tom tags along but has trouble finding meaningful work.

I know what you’re asking . . . why couldn’t they just get married in Michigan? That’s what I said. But then we wouldn’t have an absolutely awful middle third of the movie that ruined a splendid start and finish.

At first, I loved what a together couple Violet and Tom were. They really seemed connected. They had an easy-breezy, lemon-squeezy, natural relationship. The chemistry was good (well, except when I kept thinking about Emily Blunt really being married to Jim Halpert).

I also enjoyed the scenes with Violet’s co-workers in the psych department (including Kelly Kapoor!). But then it all got uncomfortable with Violet and Tom moving away from each other, first romantically and then physically. The usual Judd Apatow (the producer) f-bombs and totally unnecessary sex scenes had me wishing for a refund.

Fortunately, the ending was brilliant. But, unfortunately, it wasn’t enough to save “The Five-Year Engagement” from the dreaded Netflix recommendation.

I watched the “Hunger Games” again, this time with the Mister. I liked it even more than the first time! Wish they would hurry up and complete the next movie.

An Episode of NSI 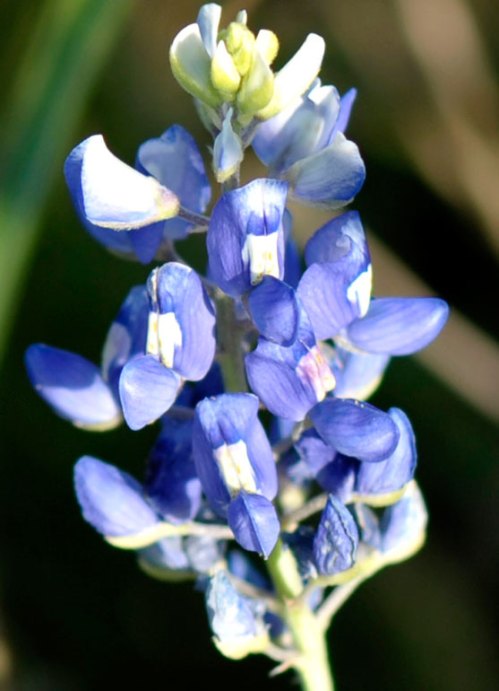 Bluebonnets are easy to identify.

When I’m out snapping pix of wildflowers, something besides the bees always bothers me: 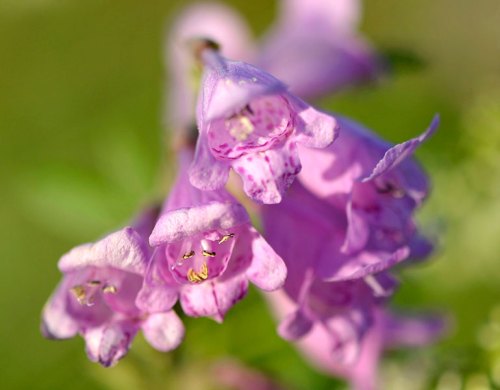 Pretty in pink, whatever it really is

Identifying what in the world I’m shooting.

Pretty in dark pink, too!

Take the above two photos of the pinkish flowers. I think they’re penstemon . . . or are they foxglove? Or does it really matter what they are . . . as long as they’re in focus with nice bokeh?

Where I really get confused is with the sunflower family. I can spot a “true” sunflower (they’re usually pretty big).

Love this view of the sunflowerish

But what about the ones that look like sunflowers but really aren’t? Are they black-eyed/brown-eyed Susans (no relation to me, of course)?

Looks the same but is it?

Why do some have a few petals while others have many? Some petals are wide, some are narrow . . . but all are yellow.

The same but different

Some even feature red markings on the petals.

When I identify them in my photos, I call them “sunflowerish.” I guess it’s as good a term as any. I’ve tried Googling, but I don’t find concrete answers.

What I truly need is an NSI squad: Nature Scene Investigation. Forget all that CSI stuff . . . help me ID these wildflowers! STAT!

Wish all nature IDs could be this easy.

A monarch looks for the perfect horsemint to land on.

During my latest photowalk last Sunday, I made a discovery:

It’s not just bees and butterflies that like wildflowers as much as I do.

Can you “spot” the bugs (one is hiding)?

Bugs enjoy the flower-power scene, too.

Are you bugging me?

It’s a treat when I lean in close with my Nikon 105mm macro lens to see something looking back at me, especially if it doesn’t have a stinger attached. 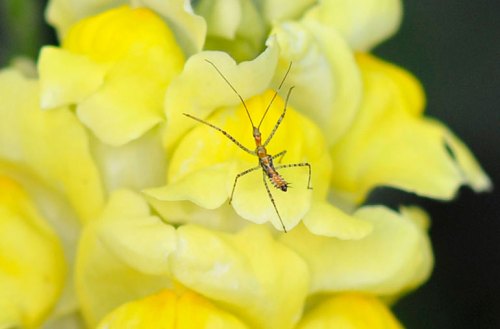 Wonder what these guys are.

The wildflowers also attract a butterfly.

Even though the Mister and the kid have played disc golf on the campus’ course several times, this was a new experience for me. My first reaction to walking around the many buildings? This must be the hill country! I’ve never seen so many stairs before! What goes up must come down . . . and that was us over and over and over. Gosh, I get tired just thinking about it.

A highlight for us was touring the rec center and eating lunch with my older son’s friend Tanner, who is a sophomore there. He was able to give us his point of view about Texas State and all that it offers, which is invaluable to an impressionable high school junior.

Texas State is a large, pretty campus with several different educational options for my #2 son. He seemed drawn to its marketing research classes for some reason, and he even talked to an enthusiastic senior philosophy major about that concentration, as well as checking into the Exercise and Sports Science program. Browsing all the academic departments was an eye-opener for him. 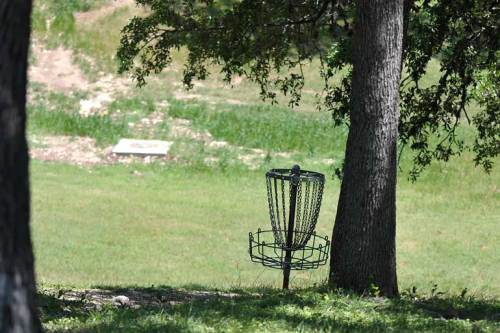 One of the many disc golf baskets on campus

Of course, Texas State’s major draw for the kid is the campus disc golf course and club team. Who wouldn’t want to matriculate where they could play their favorite sport every day and get the chance to travel and compete?

I’m not sure which college—the University of Houston or Texas State—my younger son eventually will choose. Will he end up as a cougar or a bobcat? Only time will tell which feline wins his heart. 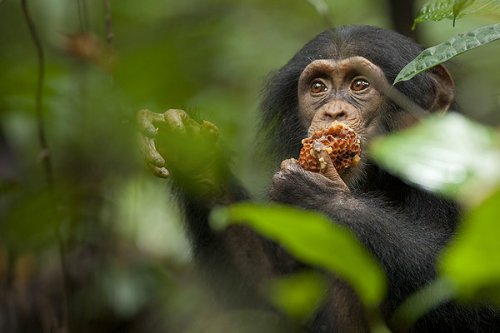 Oscar is the star of the movie.

I guess it’s fitting that on Earth Day (aka yesterday), the Mister and I saw “Chimpanzee” at our AMC Theater.

And, of course, it’s also fitting that we went  to a Disney flick without our one at-home child, making us about the only childless parents watching. Which meant we could hog the popcorn! 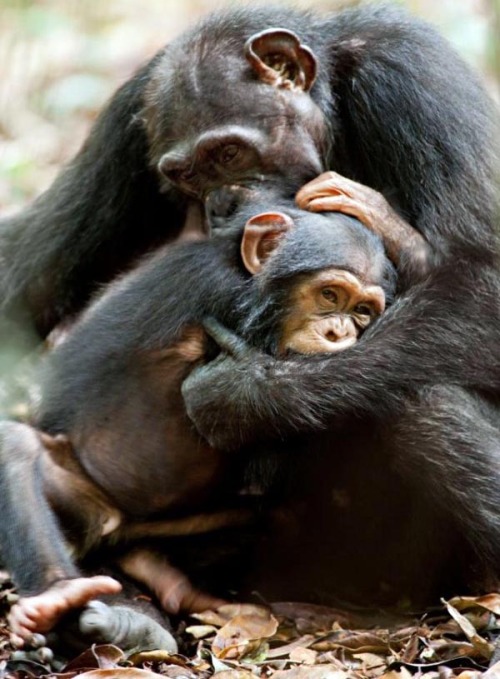 Oscar and his mom

“Chimpanzee” was lush, lively, and fascinating. We learned so much about these animals, especially the bond between a baby (Oscar) and his mother (Isha). The film follows cute Oscar and his group as they work to stay alive in the jungle. The filming is amazing! The audience gets an up-close look at the workings of this extended family of chimps.

Tim Allen (aka Buzz Lightyear) does a decent job narrating the movie, with an emphasis on keeping everything on the light side. It’s short at only 77 minutes, but it felt like it was the right length (no Timex checks needed).

“Chimpanzee” is a wonderful family film . . . assuming you can get members of your family to go. 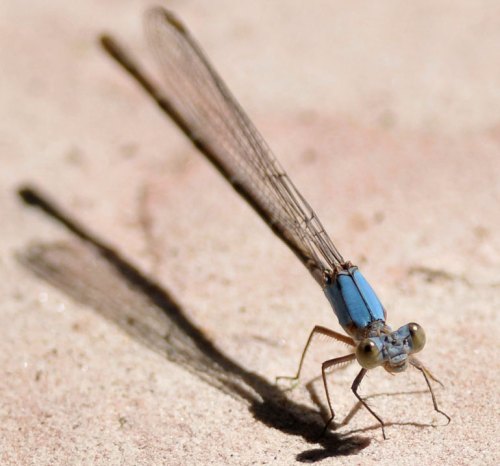 Here’s looking at you, kid!

The other day as I was walking to my Honda Pilot, which was parked in the driveway, a flash of blue along the walkway’s stones caught my eye.

It was a damselfly!

Showing off a side view

I immediately ran back into the house and grabbed my Nikon D300, which always has a Nikon 300mm lens (f/4) attached. I lamented the lack of dragonflies last summer after a plethora of the winged visitors the previous year. This wasn’t a d-fly, but it’s the next best thing!

Ugly in a cute way from any angle

I’ve never seen a damselfly this color before. What was especially nice was that it insisted on posing for me. It would fly up off the stones, hover, and then settle back down, well within reach of my camera lens.

This definitely was not a damsel(fly) in distress!