Welcome Back to Elementary School

My younger son and Chase found out how small the drinking fountains are.

When I think back to when my sons were in elementary school, I have to smile. Those were probably the most-fun, most-enjoyable nine years of my life. We loved our neighborhood school and our dedicated teachers, some of whom I’m happy to call my friends.

So I was glad when my younger son and I returned to that warm haven recently to celebrate its 20-year anniversary. My “third son,” Chase, joined us, it being easy to make the weeknight trek from Rice University in Houston.

I wasn’t surprised that I felt nostalgic walking through those halls and into those classrooms where my sons got a great educational foundation. This was where I learned how much I enjoyed volunteering, as I spun a career that included PTO president, editor of the school newsletter, room mom numerous times, grade-level coordinator a couple times, and founder of the tech team (helping in the computer lab was my specialty). It was a wonderful way to get to know the kids and the teachers.

As for the boys, they were amazed how small everything was. My younger son couldn’t believe that he used to fit in the little kindergarten chairs and didn’t have to bend down to drink from the water fountain when he was a student there.

A lot has changed for my little guy . . . and his former teachers who attended the reunion. Just take a look:

Yes, his school actually had a “graduation” ceremony after the kids finished kindergarten.

His kindergarten teacher, Paula Germany, had such a fun classroom with lots of things to do. She taught him to read with the “I See Sam” books.

My son made a great transition to first grade, thanks to his inspiring teacher, Kelley Falleroni. 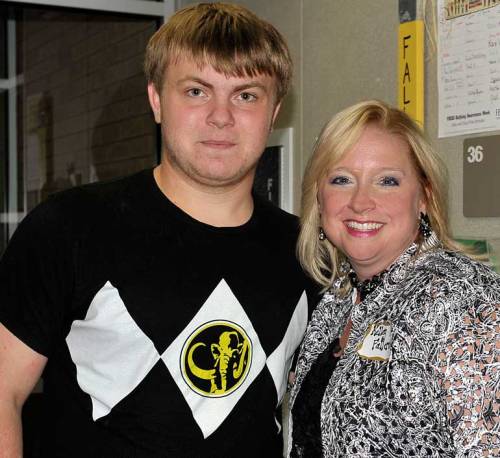 He first became a Power Ranger during that year. Good to see how he much he’s matured!

When the kid (as a preschooler) met his older brother’s second-grade teacher, Julie Cole, he couldn’t wait to be in her class. He cried when he found out that she was moving up to third grade when he finally made it to second grade. 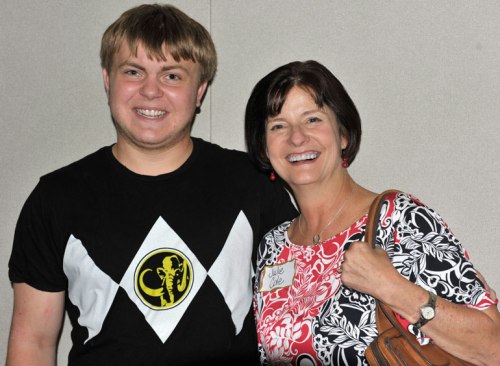 He was lucky enough to have Julie for third and fourth grade, as she moved up again with most of her kids. He’ll always have a soft spot in his heart for her.

The kid’s fifth-grade year was bittersweet for me, as he prepared to move on to middle school. Fortunately, Melissa Richardson helped make his last year of elementary school a fun learning experience.

I think what my younger son liked best about seeing his former teachers is that he’s now taller than all of them except for Melissa. I enjoyed watching him interact with them as an almost-adult, as well as seeing how glad they were to visit with him. They remembered him as warmly as he did them.

Now I can’t wait until the next elementary school reunion!