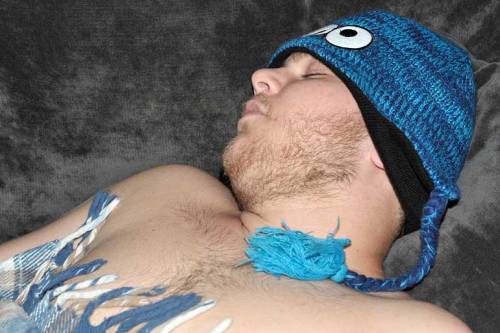 The kid looked so cute during yesterday’s nap. Why the hat? Why not!

One thing I’ll especially miss when my younger son starts college at the end of next month is snapping photos of him while he sleeps. He’s the type of person who naps at the drop of a (preferably Cookie Monster) hat, usually on the couch in open view of my Nikon D700 and nifty Nikon 50mm lens.

Ten years ago, he wore mittens to stop him from scratching his eczema.

The kid always has looked so sweet and innocent while asleep . . . often in direct contrast with the mayhem he’s wreaked on the house in his quest for the title of messiest boy ever.

I usually can count on him falling asleep while reading, which he dislikes. 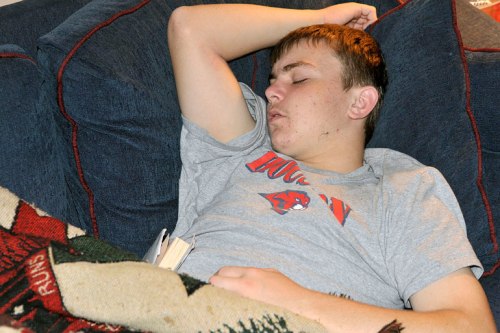 Words on a page almost immediately induce drowsiness. He’ll never need to take a sleeping pill, as long as he has assigned reading.

Sleeping in on Thanksgiving 2012

The kid is an all-star sleeper, book or not. His idea of the perfect day is hours and hours of slumber, whether in his bed or on the couch.

I don’t expect that to stop once he’s at Sam Houston State. But I won’t be around to document it anymore, except when he’s home on breaks. It’s sad to think that my days of sneaking pics of him are dwindling. Guess I’ll just have to find a new subject for my stealth photography.

Does anyone feel sorry for the Mister?