The Bird Returns to the Nest 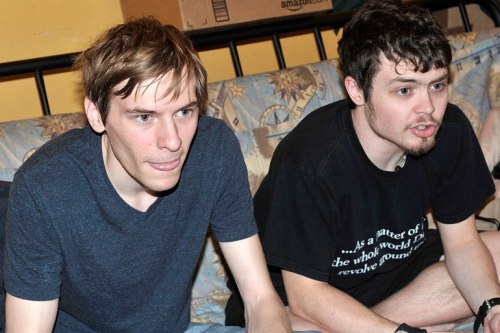 Chase and my older son in their usual videogame-playing positions.

This was the last photo I took of my “third son,” Chase, before he left for his summer internship at the end of May. We then didn’t see him for almost three long months . . . until he finally returned home and visited us yesterday.

As soon as he walked in (but after he and my older son completed a complicated handshake ritual), I proceeded to question him about his experience. I can’t help it . . . it’s the journalist in me needing to get just the facts, sir.

Having Chase back with us was just like old times.

As soon as they could get away from me, the BFFs moved to the game room and continued where they had left off. 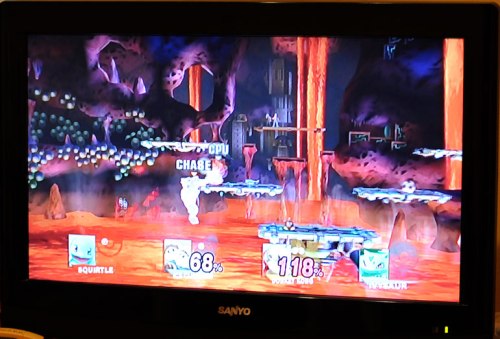 The TV screen three months ago

Back in May, the guys played Super Smash Brothers Brawl as their last videogame together, before work and the miles separated them. 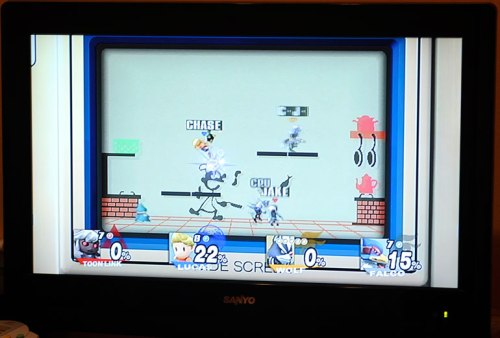 The more things change, the more they stay the same!