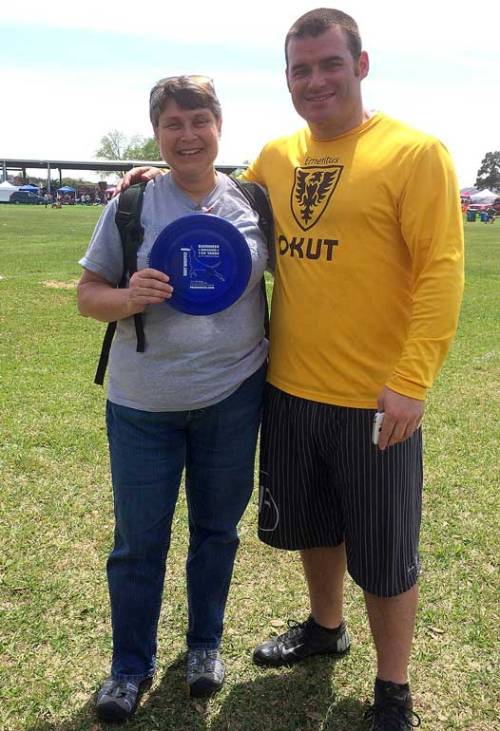 Posing with Rob and his special disc last Saturday.

Last year I blogged about having a photo in the “Guinness Book of World Records,” my mini claim to fame.

Know where the pic also is?

On this disc! Rob McLeod, Davy Whippet’s talented thrower, had the frisbee made to commemorate the world record (check out Davy’s “pawtograph!”). Last Saturday Rob e-mailed me that he would be in nearby Pearland that day and the next competing in a Quadruped, which features long-distance throw-and-catch events (there also were timed contests and freestyle). He wanted to get together so he could give me this gift.

I was so honored!

Naturally, I toted along my Nikon D610 and Nikon 70-200mm lens in anticipation of some good action photo ops.

Bones, Rob’s other pup, is on his way back to the ground.

As with all good sports shots, the key is timing. However, there were several unknowns to consider:

Where are the disc and the dog going? Will the throw be good? Will the catch be made? 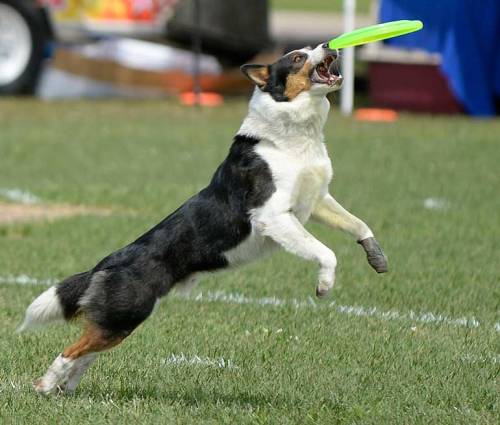 The disc is within reach.

All of which made it hard to keep the canine and frisbee in focus. What a challenge!

Fortunately, I had enough keepers to make it a worthwhile, fun shooting experience.

Plus I got to see Davy again. He’s an amazing athlete—so fast and so good at catching the disc. It helps that he and Rob are really in sync.

I’ll always remember this high-flying team whenever I look at my frisbee. Thanks again, Rob!