Sometimes it seems like I can’t get enough of the Winter Olympics. I really enjoy watching the Games on our family room’s big HDTV. But when I need to get things done in my office (mostly Photoshopping), I turn to the next best thing: My little Haier portable TV. I got a great deal on the 7-inch digital wonder via Amazon.com at the end of last year and knew it would be a mainstay in my office (it does sport a rechargeable battery).

At first I tried the TV as is with its regular antenna, but I couldn’t get Fox or ABC. So I sprung for an external one, and that’s pulled in lots of other noncable channels as well as those two. I’m glad I have my little TV right by my side!

Oh, and I actually use its remote, even though the TV is an arm’s distance away. How very “guy” of me! 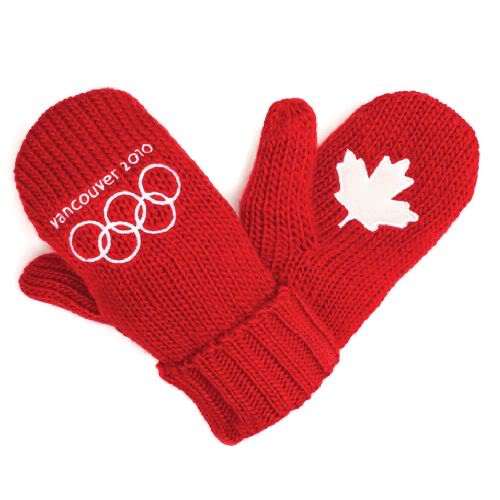 Here are some random Olympics thoughts so far:

• I love the official Olympic mittens, especially the maple leaf!

• I loved that Wayne Gretzky, aka the Great One, was the final torch bearer. Very appropriate. It was a shame that part of the indoor cauldron was on the fritz, though.

• I love that former Olympic athletes and coaches commentate on their sports. Not only do I appreciate their expertise, but I love their enthusiasm. They truly can empathize with what the athletes are going through. We’re partial to Scott Hamilton, who reports on figure skating. He also was a favorite when he won the Olympic gold medal in 1984.

• I love the P&G commercials, especially the one where the little kids are Olympians. That tagline, “P&G—proud sponsor of moms,” gets me every time!

• I loved that when Alexander Bilodeau was awarded Canada’s first gold medal (and the first they’ve won as a host country), the Canadians at the venue sang “O Canada!” with such fervor and pride.

• What I especially love about the Olympics is that these athletes compete for the love of the sport. Any of them can be a star, gaining fame that will last them at least until the next Olympics.

But as much as I love the Olympics, when I had to choose between watching the Winter Games and “Lost” last night . . . .

There was no competition! What a great Locke/Faux Locke-centric episode!