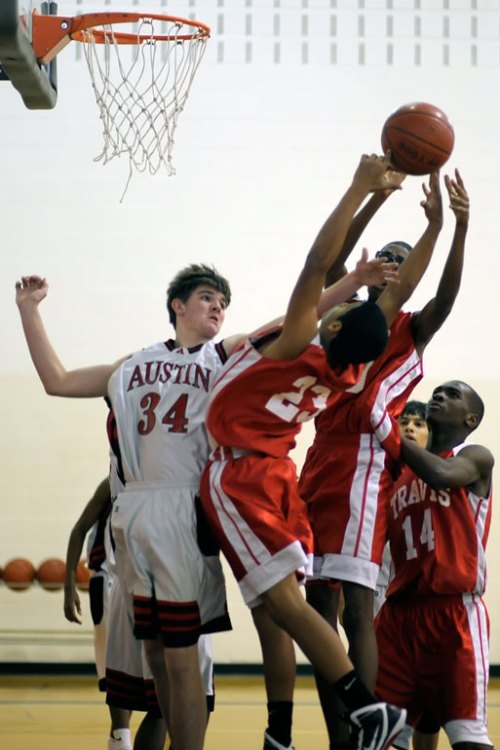 My whirlwind photographic tour of our high school’s basketball teams ended with the boys’ freshman A and B squads last Saturday. When I got to our school’s small gym, the game had started. So I pulled out my Nikon D700 and 85mm lens and began shooting at one end of the court. 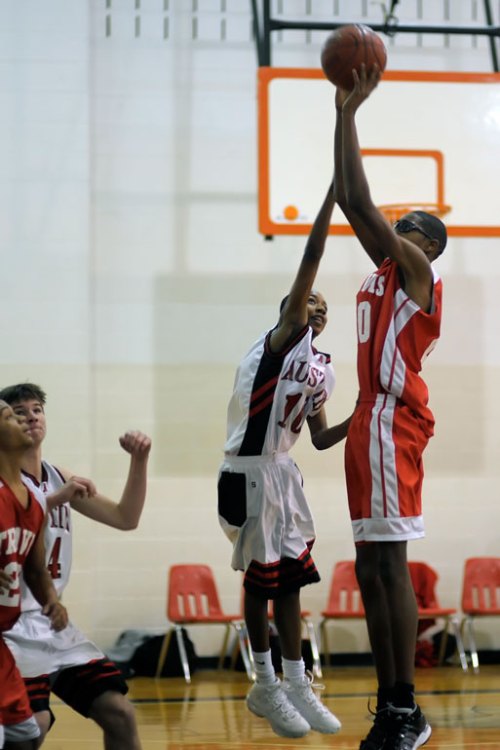 I really liked this different vantage point; however, I couldn’t get good photos at both ends. 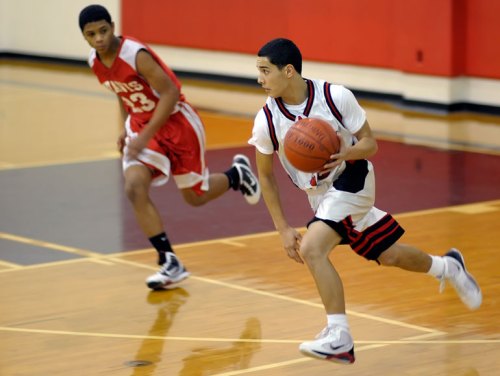 Jacob runs past the defender.

So after the first quarter I climbed into the bleachers for more photo flexibility.

Jordan drives in for a layup.

Even though they’re only freshmen, these boys have a lot of talent, heart, and drive.

They’ll be making us proud on the varsity before long! 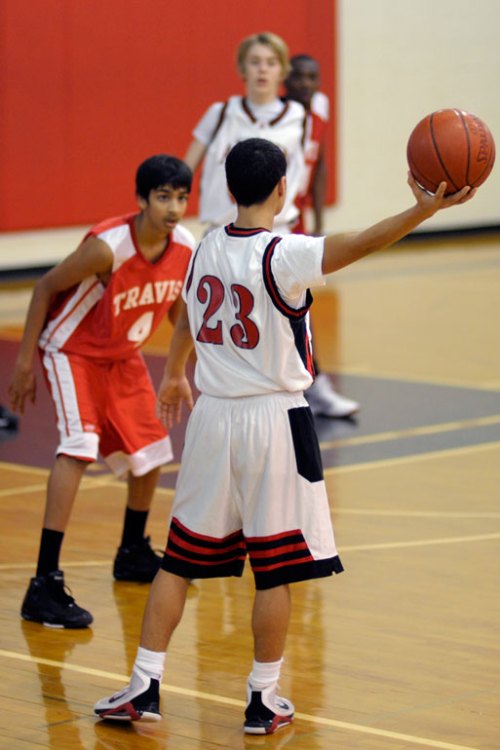 Jacob gets ready to pass.

Although basketball is very much a vertical game, I usually shoot horizontally, because I can hold the camera steadier. Then I just crop the photo as a vertical if that seems more logical. 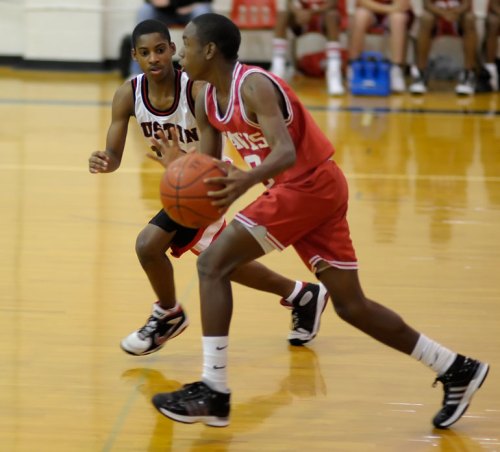 Marcus closely defends the opponent bringing the ball up the court.

I did a much better job shooting the A game, which was first, unfortunately for the B team. I think I just got tired of snapping away, plus I was having fun talking to my friend Steph and taking intermittent photos of two of her kids in the stands. 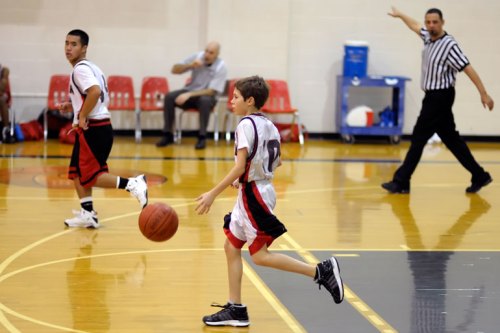 Not that I forgot to take pix of Megan and Ben’s big brother Matt on the court, though!

Time Out for Cute Kids 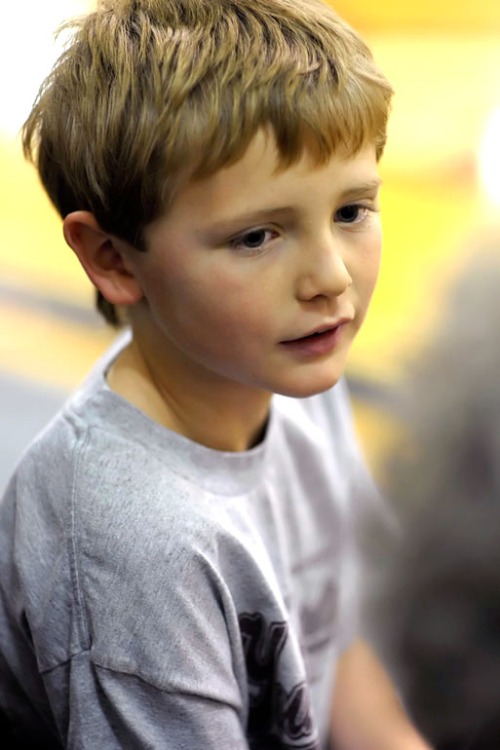 When I was taking photos of our high school’s freshmen boys’ basketball teams last Saturday (that hopefully will be posted tomorrow to finish up my Basketball Jones series), I couldn’t help but notice two cuties: Ben and his sister Megan.

You might remember my buddy Ben from this flag football blog post. He’s the one who was convinced that the balding, white-haired Mister was my grandfather (it’s become one of our family’s favorite stories; it always makes us laugh).

Megan checks out what Ben is doing.

Ben, who is in second grade, and Megan, a fourth-grader, were at the game watching their big brother Matt play. They were sitting right by me in the bleachers, so I couldn’t help but occasionally train my Nikon 85mm lens on them instead of on the action.

Ben is all smiles!

Is it any wonder I was distracted?!?